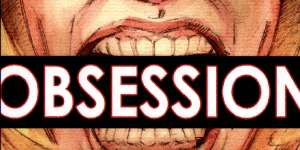 Okay, who’s watching the NBA playoffs?  And should we just cancel the whole thing, cancel next year’s season as well, and declare it for the Warriors and the Cavs? All that talent, and we have the same two teams going at it year after year. Where is the fun in that?

If you’re not in the U.S. and don’t follow basketball, that’s what this is about. The National Basketball Association playoff series, where two teams make it to the finals, and one emerges victorious.

So, it’s either basketball or political news, the latter becoming an obsession. Seems the whole country — maybe the world — is obsessed with politics. Not that I blame our collective need for answers. Any political show/movie/book would be tame compared to what’s happening in D.C. — and other capitals, to be fair.

But still this obsession, traversing into international territory at times. Not sure is healthy. I became so engrossed watching the French election, I can tell you anything you’d like to know about their election system, Macron’s political views, his love life.

Good grief. When is this going to stop? I don’t remember this constant fixation in years past.

I have to get back to writing — still only at 40,000 words in the new novel. I’m amazed at writers turning up book after book months apart (it seems). How do they do it? Not the James Pattersons of the world, but self-published, small-press writers.  I’m guessing they don’t watch the NBA playoffs, and are not obsessed with politics to the point of delirium.

I expect it will get better soon with vacation coming up next month, a trip overseas, and family. Phew. Grateful.

So … tell me about your world.

Poll: Majority Of Americans Approve Of Sending Congress To Syria 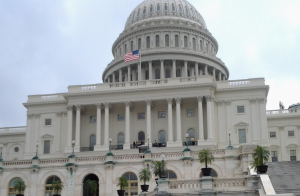 With all that’s going on in Washington these days, I turned to The Onion’s satirical wisdom for the latest view on things. And as usual, America’s finest news source came through with this article.

Here are a couple of excerpts:

The New York Times/CBS News poll showed that though just 1 in 4 Americans believe that the United States has a responsibility to intervene in the Syrian conflict, more than 90 percent of the public is convinced that putting all 535 representatives of the United States Congress on the ground in Syria—including Senate pro tempore Patrick Leahy, House Speaker John Boehner, House Majority Leader Eric Cantor, and House Minority Leader Nancy Pelosi, and, in fact, all current members of the House and Senate—is the best course of action at this time.

When asked if they believe that Sen. Rand Paul should be deployed to Syria, 100 percent of respondents said yes.

“There’s no doubt in my mind that sending Congress to Syria—or, at the very least, sending the major congressional leaders in both parties—is the correct course of action,” survey respondent and Iraq war veteran Maj. Gen. John Mill said, noting that his opinion was informed by four tours of duty in which he saw dozens of close friends sustain physical as well as emotional injury and post-traumatic stress. “There is a clear solution to our problems staring us right in the face here, and we need to take action.”

“Sooner rather than later, too,” Mill added. “This war isn’t going to last forever.”

So …. I think the people have spoken. And there is a sense of urgency here — a sense of justice — because as the members often say: we have to do what’s right for the country.