Mist in the Air 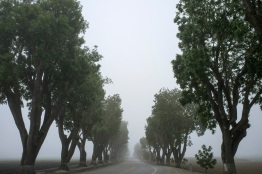 There was heavy mist in the air this morning.

We were making our toward the paseo leading to my son’s school when we felt it. No rain. Only this mist hanging in the air; precipitation with no impact on the ground.

Strange.  Not so much the weather as the mood floating around like the mist. A three-day holiday leaves a mark of disconnect on the psyche.

I look forward to those long weekends when I can disconnect, only to find myself separated from a daily grind that’s deeply ingrained. Perhaps too disconnected. 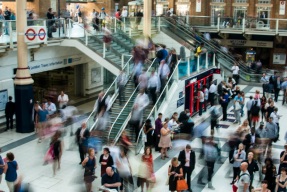 I read and read and it felt so good to let the mind feast upon the musicality of words, the story, another time and place. The hours simply disappeared as I read. 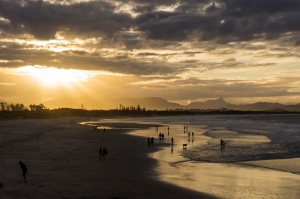 Then Monday came, and I was still home, still didn’t have to take my son to school or get in the car and drive to the office. I had one more day of … reading. I realized, as the minutes ticked away, that I could go for days without leaving my house. Just give me books, and movies about … life, whatever the interpretation.

But, inevitably, Tuesday morning and the ‘grind’ was upon us once more. As I stepped out of the house, the mist feeling like rain yet being nothing of the kind, I welcomed back the daily grind. It’s a return to the other side of ‘normal,’ if you will, for I could easily disconnect too deeply without the structure of school, commute, office and all that life entails.

And before long, the mist was gone. 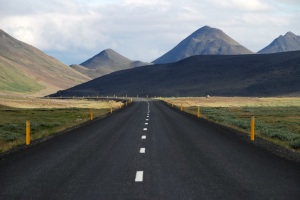 Reflections ~ A to Z Blogging Challenge

The A to Z Blogging Challenge is over, and I have to tell you that if not for a group of friends, old and new, who stuck with me, I would not have made it to Z this year. The fact that I did shows that no one – NO ONE – can do it alone.

Reading your comments every day gave me the impetus to continue. So THANK YOU to all who came here so often, commented, encouraged me along the way, took the time to talk about my book, Stranger or Friend, the Inspiration theme, but mostly showed me why I do this in the first place.

I hope you all know that I answer to FRIEND.

Quickly, here are a few blogs I would like to mention and highly recommend, in no particular order (if I forgot to mention anyone, I shall amend soon):

My blogger friends from years past, I loved visiting with you, and those who didn’t even participate but came here anyway, what great hearts. My new friends, so glad we’ve met. I hope we’ll stay in touch.

To the Blogging from A to Z organizers, Alex, Lee, and the entire team — such a tremendous effort putting this together and monitoring. I really don’t know how you do it.

I’ve missed Tina, our admin who left this world too soon, but I know she is smiling down on all of us.

My admiration for all you do, dear admin, for creating a place for us bloggers to congregate, exchange ideas, make enduring friendships.

You’re giving us a gift, and for that I thank you. 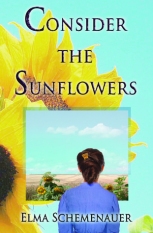 First, let me ask you this:  What do you know about Mennonite life and tradition?

I didn’t know much, if anything, so this book — a 1940s-era novel about love, Mennonites, faith, & betrayal — was a great learning moment. I enjoyed it so much, I wrote one of the longest book reviews, which I will share with you below:

CONSIDER THE SUNFLOWERS, by Elma Schemenauer 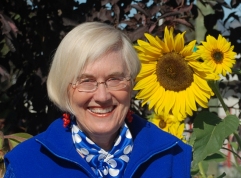 Tina’s father wants her to follow Mennonite tradition. He also wants her to marry Roland, a rich man, but she’s in love with Frank, a half-Gypsy who doesn’t share her faith. The novel pulled me right in with an extremely visual opening scene. Tina, her father Obrom, and Roland are trapped in a snowstorm when their truck gets stuck in a ditch. This in 1940 Canada, and winters are brutal. Not far from there, however, is Frank’s farm — Frank, the half-Gypsy Tina is in love with — and after much effort the trio makes their way to the farm.

By alternating the chapters from Tina’s viewpoint to Frank’s, the author offers glimpses inside the love they share as well as the obstacles standing in their way. For example: what would Obrom do if Frank asked for Tina’s hand? Get very mad. Also, Tina wants to follow tradition Frank is not keen on following. Aware of this, he wants to break it all off, as he and Tina weren’t that good together. Too many rules, angry words, accusations.

The author does a masterful job describing time and place. When Tina moves to Vancouver to work as a secretary, we see through her perusal of the Vancouver Sun, that Hitler still threatens to invade Norway. Germany and Italy to form alliance against UK. America remains neutral but for how long?

Also, in Vancouver, Victor Graft, a carpenter, enters the story. While Tina corresponds with Victor and sees him, her heart remains with Frank, the half-Gypsy back home.

Eventually, Tina and Frank find their way back to each other when she returns to Dayspring. The author’s descriptions of place and character are beautiful, with lines like: Frank with eyes so brown. She could lose herself in those eyes, follow their promises to the ends of the earth.

Theirs is not an easy relationship, and that is what captivates. Frank is an interesting but complex character. Having lost his mother as a child, he carries a certain burden with him, a situation complicated by the fact that he’d rather associate with Scandinavian and British than Mennonites in Tina’s community.

When they do become a couple, the tension only intensifies. We see Tina struggle to accept life on Frank’s farm as she hopes that even though he doesn’t accept her faith he will change.

The author leaves us with a sense of hope, beautifully accentuated by artistic descriptions. Be sure to read the timeline at the very end. It summarizes the history of Mennonites who emigrated from Russia to North America as well as those who came from Switzerland and Germany.
I very much enjoyed reading this novel and highly recommend it.