Common Core: Do you Approve?

“Education is life itself.” ~ John Dewey

If you live in the U.S., and even if you don’t, you may have heard about the Common Core Learning Standards and how they’ve been adopted in schools throughout the country.  Many parents and educators like the new system, but just as many hate it.

Since the beginning of the school year (my 5th grader above is required to prove his answers in class, per new system), that’s all I’ve been  hearing. I left the back-to-school meeting with a folder filled with common-core literature, and soon received an invitation to a “Common Core” conference. A new system comes with loads of info.

The news media, sensing a huge conflict, jumped into the fray, assembling groups of politicians and educators, even Hollywood stars arguing — some very passionately –for or against the standards.

While I’ve heard more than enough criticism, nothing seemed watertight, with the exception, perhaps, of the one size doesn’t fit all argument. Meaning, we shouldn’t demand schools everywhere to adopt the same standards.  Fair enough.

I understand certain kids do better if allowed freedoms with emphasis on individualism rather than being dictated how to learn. But I don’t see how that can be done in a state-run school system with thousands of kids. If what we want, as parents, is individualism and freedom within limits, then perhaps the Montessori education system is best and not a taxpayers funded system.

Here is my understanding of what common core does: The tests will require more elaborate answers, and students will be learning to comprehend, analyze, and discuss. The old standards (pre common core): students memorized facts for multiple-choice tests. So, while multiple-choice may still be around, the new system requires kids to think deeper and show how they’d arrived at an answer.

I was never a huge proponent of multiple-choice tests. My Eastern European school system had no such thing. A test required a mini-essay answer for each question, one I had to prove. An answer to a question was, sometimes, a page-long. That encouraged critical thinking, and focused not only on the end result, but on showing how and why the specific answer was chosen. 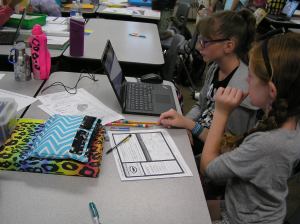 Little thinkers in my son’s class

College in the U.S., especially the first year or so, was ridiculously easy once faced with multiple-choice tests. I remember joking with friends: They give me the answer, and I use the process of elimination.

How does that encourage thinking? Sounds very robot like.

While the jury’s still out on the Common Core principle, I’m in favor of anything that promotes high expectations, anything pushing the student to not only memorize an answer, but dig deeper and understand how and why he came to such an answer.

~~   What say you, dear blogging friend?  If you’re not in the U.S., how does your country’s education system compare?

Posted in near and far, World

What Were You Meant To Do In Life? 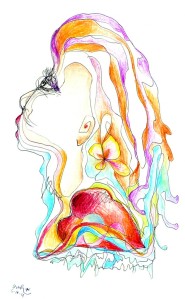 What were we really meant to be or do in life?

Many people know the answer immediately, for others it takes time. Someone once said, “it will come about when you have tried everything.” But who has the time or inclination to try everything?

I’ve always loved to read. Dabbed in writing from a young age, and wrote an essay on Mihai Eminescu, Romania’s most famous poet, in high school, which the teacher singled out and praised.

Writing gives me joy.  So does reading, especially when it involves books where the author reaches deep in her heart, finds the most painful or most wonderful memory and slams it right on the page, in a literary sense, for everyone to read, learn from, and analyze. I find that a unique ability — a gift — to connect from a distance on a very intimate level.

My husband, if left to his own devices, can sit with his guitar and amplifiers, turning knobs and playing all day long.

Neither one of us does this — writing or music — professionally. And sometimes that makes me wonder. Would I still love writing, and he music, as much if it had to be done for a paycheck? No way to know. Yet.

Perhaps it doesn’t really matter. Perhaps the journey is the best part before arriving at our destination.

Since I often talk about writing on this blog, I’d like to share the writing community I belong to HERE. It’s called the Internet Writing Workshop.

Writers post their works on various IWW lists (chapters, stories, fiction and non-fiction) and receive feedback while offering the same to others. For those who don’t want to critique, we have the Writing List where members discuss all writing/reading aspects.

What about you? Are you doing what you were meant to do in life?

Tagged life purpose, reading and writing, what were we meant to do in life 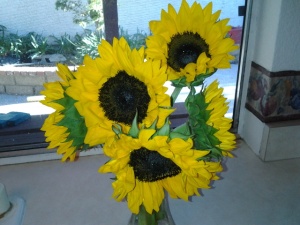 From my kitchen, in Los Angeles

I met Tina Downey two years ago via the A to Z Blogging Challenge.  New to blogging at that time, I had no clue as to what I was doing, clicking away on blogs, hoping for the best, learning all about tagging, the importance of content and so on.

I found Tina’s blog, somehow, commented and immediately received a lengthy comment. Tina was an extraordinary welcoming presence from the start, and while encouraged by two writer friends to sign up for the Challenge, it was ultimately Tina who pulled me across that line, helped me take the first step into the world of blogging. It is because of her that I am still blogging today.

We exchanged several emails, and bonded over stories from our childhood, our European descent (Tina grew up in Sweden, I grew up in Romania). While I never met Tina in person, I consider her a dear blogging friend. One of the best.

Thank you, Tina, for everything.

You will be missed, my dear friend, but not forgotten!

Today — first Wednesday of the month — is Insecure Writer’s Support Group day, but first a detour:

Tina Downey was a frequent poster at the IWSG. She also hosted the blog hop, in addition to her own Life is Good blog, and did a million other duties, all the while encouraging blogger friends along the way, emailing, keeping in touch, commenting, being the wonderful human being she was.

IWSG, the Challenge, and all that Tina had a hand in will never be the same without her, but as they say in theater … the show must go on, no matter how heavy our hearts now that Tina has departed our world.

In Tina’s memory, the A to Z Team is hosting a sunflower tribute on September 8, 2014 — Sunflowers for Tina. Click here if you’d like to see how it works and add your name to the list. Hope to see you on Monday, September 8. 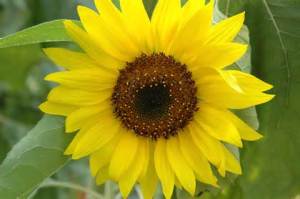 What am I feeling insecure about these days, as a writer? Oh, so many things, but mostly not writing as much as I’d like to. Life is too crazy. Hectic. I know: there’s no one to blame, but yours truly. Still, I have to complain here. I just have to. Forgive me. Will try to remedy the situation as soon as possible.

On a bright side, I’ve been reading a lot. Two Pulitzer Prize winners back to back: The Goldfinch and A Visit from The Goon Squad. Very different books, both good, but as it often is the case with literary works, one must be patient, allow the plot to develop, allow the writer to paint her world, bring her characters to life slowly. Literary anything, as someone said, is a labor of love.

But a girl can only take so much literary work back to back. Now, I’m reading Brad Thor’s Black List — a thriller. Extremely fast paced, very interesting, thought-provoking.

And reading, dear friend, is the self-administered medicine for my insecurities these days. A temporary drug.

shoestring.indieauthorgroup.com/
The Art of Blogging
the faerie embassy