Z is for Zana

Storytelling was a huge part of growing up in Romania. For hours we sat transfixed, listening to grandmothers frighten or amuse us with folk tales and stories with favorite characters.

Zana, a fairy who resides in the woods, was one such character and a big part of the Romanian folklore. The word comes from the Roman goddess Diana, the one with all the beauty, who gives it all away.

The most successful collector of such stories was novelist Ion Creanga, who in picturesque language wrote Harap Alb (The White Prince) or Fata babei şi fata moşului (The old woman’s girl and the old man’s girl).

Also, poet Vasile Alecsandri, who published the ballad Miorita (The Little Ewe). And Petre Ispirescu who in the 19th century published a number of short novels from popular mythology — stories centered around characters like Făt-Frumos (the Romanian Prince Charming), the princess Ileana Cosânzeana, the monster Zmeu, the dragon Balaur or fantastic superbeings like the good  Zana.

Another name from Romanian mythology is Sanziana, attached not only to a fairy but a festival in the fairy’s honor. Many Romanians celebrate the Sanziene holiday on June 24. This is similar to other European Midsummer holidays and believed to be a pagan celebration of the summer solstice.

During the Sanziene festival, the maidens in the village dress in white and spend all day picking Galium verum (yellow-flowered perennial bedstraw). They dance in a circle and sing local songs. They create wreaths as crowns which they wear upon returning to the village at nightfall.

People are prevented from speaking to the girls during this ceremony, as it’s said the Sanziene spirits might otherwise be angered or distracted. In some regions, the girls keep the wreaths until the following year’s ceremony. This ensures fertility for their family’s land.

In addition, if they place the wreaths under their pillow at night, as the story goes, they’d have a premonition of the man they’re to marry (ursitul, the fated one).

Yes, Romanian folklore is rich with tales and rituals, most retaining only a symbolic attachment to the people, many turned into written stories.

As a child, it was easy to close my eyes and see the image of Zana, and the beautiful Sanziene dancing and singing to the folk music of long ago.

Well, dear friends, we’ve reached The End. Congratulations on completing a marathon of a challenge. It wasn’t easy, but here we are. Woo-hoo!

I had some trepidations about a month-long posting on  Romania, a country not always easy to describe, especially when there’s emotional attachment to every word. But you — all of you — have made this journey an absolute pleasure through your comments and the exquisite posts that charmed, educated, and entertained me every time I visited your blogs. Thank You!

If you plan on participating in the Reflection Post, I’ll see you there. One last note: It’s been a crazy month, so if I haven’t followed you yet, I will do exactly that as soon as I can catch my breath. As we say in Romania: Noroc (Good luck) and Multumesc, prieteni (Thank you, friends). See you soon!

Y is for YaY, citY life! 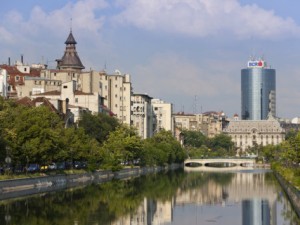 Sure, to really see a new country one must visit the small towns, the areas forgotten by time. But that’s not to say cities don’t hold a certain appeal. They are centers of cultural influence — an amalgam of ethnicities and languages and order among chaos. For the curious tourist, they are the points of social life.

In Europe, unlike the U.S., the center of a city (downtown) is the place to be — in terms of housing or anything else, with the suburbs considered far less attractive. As such, you’ll see a huge discrepancy once you leave downtown. While technically still in the city, the suburb feel is more like that of a rural area — with undeveloped parcels, gray and black buildings, even unpaved roads.

I don’t know how it is where you live, but in Southern California no one I know wants to live downtown. We’re a state of suburbs.

But back to Europe. Romanian cities range from well-preserved medieval places to urban centers to a combination of the two.

1.  Bucharest is the largest city (capital of the country) — the cultural, financial, and industrial center. The place I called home for twenty years. You’ll see my old neighborhood in the pictures below (starting with the winter image; yeah, we had long winters). 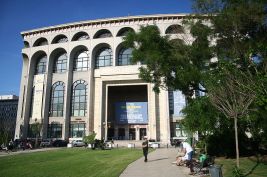 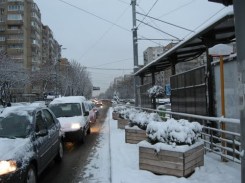 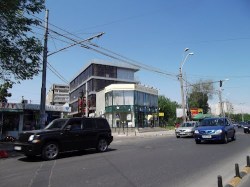 2.   Constanta is a port on the Black Sea. A city of contrasts — ruins dating back to Roman times, an active nightlife, flourishing tourism and vacationing spot.

3.   Cluj-Napoca, or Cluj, is the unofficial capital on Transylvania. It’s hard to say much more than: this is a gorgeous city.

4. Iasi is in the region of Molvodia (east), and is one of Romania’s oldest cities. The city is famous for its history of education and a thriving publishing industry. It’s also a cultural center with plenty of museums. 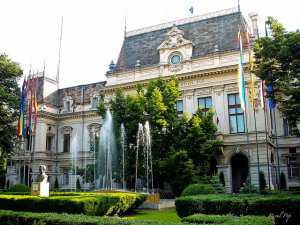 There are many more cities — Sibiu, Sighisoara — but if I don’t stop here, I never will. Thank you for allowing me to be your guide.

~~~ One more post, dear reader, and it will be all over. While I’m looking forward to blogging on my own schedule, I will no doubt miss our daily interactions. Please, let’s keep in touch. Tomorrow’s post is Z for Zana, a magical creature who is a big part of the Romanian folklore. See you at the finish line.

X is for Xmas

Like the majority of Eastern Europe, Romania is affiliated with the Greek Orthodox Church. Thus, Christmas is the most important holiday.

The religious aspect aside, for me Christmas is about family, about long-standing traditions. 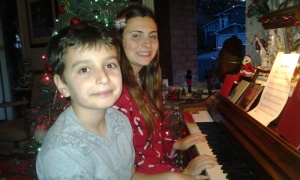 It’s been a long time since I spent Christmas in Romania, but I remember everything like yesterday.

Firs are the main Christmas trees. Gift exchanges take place, although nowhere near as much as in the U.S.

The singing of carols is an important part of the festivities. Throughout the Christmas season, children sing songs such as Steaua (The Star), Trei Pastori (The Three Shepherds) and Mos Craciun (Santa Claus).

Romanian folklore abounds with Christmas carols, which lend a  religious mood to the festival. Churches specially organize concerts to celebrate the occasion.

In rural areas, on the first day of Christmas, carolers walk through the streets, holding a star made of cardboard and paper on which are depicted various scenes from the Bible. The leader of the group carries a large wooden star, which is wrapped up with metal foil and adorned with bells.

Christmas dinner in Romania is a rich, multi-course meal. On the top of the menu come various kinds of sausages, with plum brandy and home-made pickles.

Sarmale (stuffed cabbage) an indispensable item for the festive dinner, comes next. The dish consists of pickled cabbage leaves stuffed with a combination of pork and beef, along with rice, pepper, thyme and other spices. Plenty of wine is consumed. The last item is cozonaci, a cake filled with nuts and raisings.

It’s the holiday that brings everyone together.

W is for Wallachia 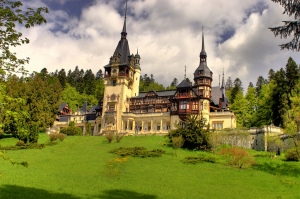 With competition between the beauty of Maramures, cities like Cluj, and the deluge of offerings in Transylvania, Wallachia (the Romanian land) is shamefully underrated, thus ignored by most travelers.

All the better for you, if ever you find yourself in E. Europe.

The term (Wallachia) comes from vlah, a Slav origin word used for all Latin people of the Balkans.

Located in a place of strategic interest to European powers and to those situated to the east, Wallachia’s preservation of a sense of identity over many years of foreign domination makes it yet more interesting a destination — it’s the land of the kings, shaped by Roman, Turkish, and Slavic influence.

Suffice it to say Wallachia is a gorgeous area of Romania, located between the Danube Delta and the Carpathian Mountains, as illustrated on the map by various shades of yellow and names of areas.

While Romanian cities offer a wealth of culture and modern life, Wallachia welcomes the traveler with its rich tradition and natural beauty. Peles Castle, for example, is one such site (see top picture). And did I mention pristine valleys, history, and welcoming people?

I’ll leave you with a few more images. Enjoy.