Delving into emotional devastation makes for interesting characters and good stories. “Hurt your characters,” the saying goes, “to make them sympathetic. Make the villain believable.”

But where do writers find the inspiration for all that hurt? The inspiration to write a psychopath, for example, or just a plain ol’ dark-minded guy?

A moviegoer asked me, How do they come up with this dark stuff, and aren’t they emotionally scarred by it? I didn’t have an immediate answer, but I’ve been thinking about it. It’s a good question, and it brought to mind all creative types.

The way I see it, everyone experiences loss and pain. While most people try to put their painful past behind them, creatives revisit their own inner mine filled with dark stories. Sure, much of it is changed to fit a certain criteria. But the surest way, I suppose, to understand a character (assuming he is derived from someone), is to visit that familiar place where the past resides: personal experiences and memories.

And so, do such visits affect the creative type (negatively in whatever manner, or positively by making him a better storyteller?) Does it scar him — as the moviegoer said — or is the artist able to leave it all behind in the end? What about readers/spectators?

I’m sure the answer isn’t black and white, but would love your thoughts.

Posted in Stories and curiosities, Writing

We traveled to Virginia this summer to visit family and take a trip to the past, for history is the connection between then, now, and the future.

The Jamestown Settlement, (a replica depicting life in 1607, near the original landing site), pushed my imagination to such heights it left me at once breathless and captivated.

Directly behind us is the site of the first landing

Having lived in Europe for twenty years, I was always immersed in history. Just to scratch the surface, the Roman incursion dates back to circa 200 AD, or The Dark Ages (we can go back to Prehistoric Europe, but that’s too far). The continent was once divided by a World War. The 1989 Revolution ended dictators’ reign in the Autumn of Nations era, the end of totalitarianism. And debating politics and history is a European pastime.

It stands to reason that American history fascinates those from the old continent. For a fairly young country, America has a captivating past.  A visit to Jamestown and Williamsburg is much like going back in time, especially as archeologists are still digging up the site uncovering skeletons — and not necessarily the bony kind.

Virginia –and more so Jamestown — offers a unique look at America’s birth and her first steps into the world. And bearing witness to the past is an experience no history book can replace.

There are the early growth pains — a small colony, doomed to perish yet extending westward as far as the Mississippi River. And there is, now, an abundance of data solving a paradox — what’s before us cannot be denied — a plethora of artifacts dating back to the beginning of this nation’s story.

Replica of the first colony

A story that started with 214 men and boys, disembarking up James River, struggling to survive, failing and dying en masse. It’s incomprehensible that the few left (fifty of them, maybe) survived with the help of new arrivals, overcame (by terrible means) the natives, then pushed south, north, and later west.

In Jamestown we also had a look at the Powhatan Indians of Virginia, an Algonquian-speaking people (a language spoken from Labrador to South Carolina and west to the Great Plains), at their villages, customs and traditions. 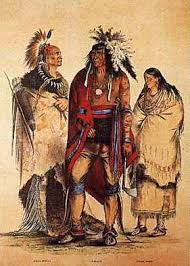 A look at John Smith the British diplomat, and Pocahontas the daughter of Powhatan chief, forging an unlikely partnership.

A look at the first slaves, one among them Angela of Ndongo, West Africa, brought to Virginia in 1619 on a Portuguese slave ship seized by British pirates.

A look at Bartholomew Gosnold, a dominant figure in the Virginia Company of London. Had he not died soon after arrival in Jamestown, Gosnold might have changed the course of history and become the original founding father of this nation.

Sure, on the world stage American is a young country.  Yet a visit to Jamestown and Williamsburg turns five hundred years into the Himalayas of histories, each step up the path more overwhelming and breathtaking than the one before.

My First Interview (with responsive link)

I’m told the link I posted earlier (Linda Covella’s interview with me for the “Road to Publication” theme) didn’t work. Sorry about that, and thank you so much Patricia for letting me know about the unresponsive link.

Posted in World, near and far, Writing

My First Interview — Writing and Road to Publication

I’m back from vacation (pictures and posts coming up), and what a wonderful welcome.

Linda Covella, author and editor extraordinaire, kindly interviewed me on her website lindacovela.com .

The theme is “Road to Publication,” but we discussed everything from writing to critiquing to self-publishing.  Stop by for a quick and hopefully fun read.

Thank you, Linda, for making me feel special.